A career in Optical Dispensing 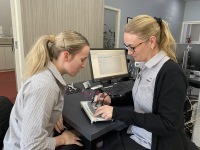 Start your career in Optical Dispensing at Young Eyes Optometrists

We are looking to expand our team. If you are a motivated young individual who is interested in joining a stimulating workplace we’d love to hear from you! 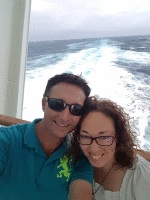 Home and Away - By Merry Kirkwood

Six degrees of separation, they call it, before we find a solid personal connection.

Is it just our imagination or does Young enjoy an exceptional mix of contacts with the wider world? We often find a “link” with strangers a mere three steps away. Occasionally, it’s a lazy two degrees of separation.

Home Among The Gum Trees - Written by Merry Kirkwood

When Bob Brown and Harry Day created the well-loved ballad Home Among the Gum Trees in 1974, they neatly summed up the current life of Harden local Melissa Oldfield.

Where the song promotes “a sheep or two and a kangaroo,” Melissa, husband Luke, and children Angus and Somer have  - at last count - their own sheep or two and (likely) kangaroo, plus three dogs, two rabbits, two cats, and just for interest, two birds. “We’ve just bought some acres out of town. We love it: the space and the sense of serenity,” she says. “The kids can ride their bikes, motorbike, and cool off in the pool.”

Melissa, an Optical Dispenser at YOUNG EYES, in Boorowa Street, says beyond her idyllic home life she enjoys simply “helping people”. And that’s exactly what she does most days.

The saying “You can take the boy out of the country, but not the country out of the boy”, could be cheekily skewed to the feminine to fit local lass Jeanette Elliott.

A seven-year team member at YOUNG EYES in Boorowa St, Jeanette grew up on a nearby sheep/wheat property in Wallendbeen and wears her rural upbringing on her sleeve: “I still feel it when there’s a drought on,” she says, “that’s all I know.”

But the truth is Jeanette knows plenty more, having worked in numerous roles in the district, and having a fine eye for both tennis and golf. 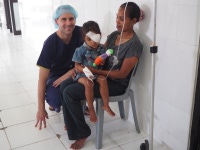