Eyebrows - what are they for? 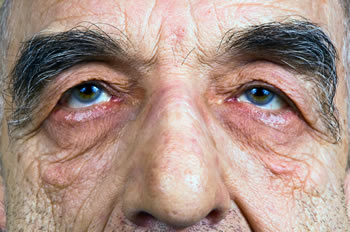 We all have them, but it could be said that most people tend to take their eyebrows for granted.

When you look in the mirror, it’s impossible not to notice your eyebrows and it’s probably reasonable to assume that most of us are more aware of how they affect our appearance than what benefits they bring.

The functional benefits of eyebrows

Scientists are not totally sure of the reason we have eyebrows. Over the last few million years, humans have gradually lost most of their body hair and this is what physically separates us from the primates that continue to have full body hair.

So, why do we need this small patch of hair just above our eyes? In fact, the close connection to the eyes is believed to be the key reason we have eyebrows.

Eyebrows are distinctive in appearance, with a curved shape, a slant on the side and ‘feature’ hairs that are pointed away from the eyes. It’s thought that this is intended to make sure that moisture has a tendency to flow away from the eyes and then along to the side of the head and nose. So any dampness such as rain or salty sweat doesn’t run directly into the eye socket and, therefore, doesn’t sting or hinder our vision.

Together with the small ridge across the brow, eyebrows can also can provide further protection from debris, like particles in the air, small insects, dandruff, dust and provide some defence from sunlight.

Beyond the protection abilities of eyebrows, they perform a critical role in individual expression. Nothing makes a changing mood more obvious than the changing shape of eyebrows. They instantly transform our expression  from happiness to anger, or from quizzical to understanding, all in a fraction of a second.

While these are mostly useful in a social context, there have been many times that eyebrow expression has clearly protected humans from attack by predators. Indeed, it has been suggested that originally their function was to act as a warning system – clearly visible eyebrows were thought to indicate to animals that they were being watched, especially when early hominid groups slept on the ground under trees. Big cats, in particular, are thought to avoid attack if they believe they are being observed.

Needless to say, not everyone regards their eyebrows as purely functional objects. Today, eyebrows are plucked, waxed, shaved, removed, re-drawn, tattooed and pierced.

Sometimes, they are tinted to another colour, or enhanced with jewellery. Then there are more extreme modifications that are currently popular, such as surgical eyebrow restoration and Botox injections to “improve” the shape, equalize them from side to side (when uneven), or give them a “lift.”

Not that any of this is a new phenomenon – in the 8th century, Japanese society women would remove their eyebrows entirely and replace them with painted replacements, located higher on the forehead. This was regarded as highly fashionable at the time.

One way or another, there’s no question that the humble eyebrow certainly receives has more than its fair share of attention.