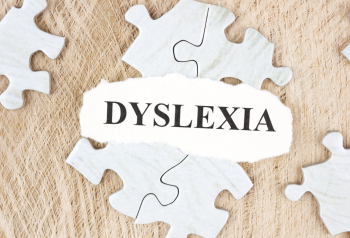 Dyslexia is sometimes referred to as the invisible disability. It is estimated to affect 10 to 15 per cent of the population. It is a lifelong, inherited condition that has a neurological cause. Those who have it will struggle to learn to read, even if taught using methods that work well with other children.

Even intervention programs that have proven effective with other slow learners, such as Reading Recovery, tend not to help dyslexic children. Dyslexics do not simply write letters backwards, as some people assume, they generally have significant difficulty reading, spelling and writing.

It is not an intellectual disability - many people with dyslexia are gifted.

Famous dyslexics include Sir Winston Churchill, Richard Branson, Steven Spielberg and Albert Einstein. Often persons having Dyslexia have some amazing strengths, although not compensating strengths, but built-in ones, particularly in the areas of design, creativity, athletic ability and social skills.

When can dyslexia be identified?

Dyslexia will normally become apparent during the early years of schooling, when a child shows an unexplained difficulty in reading despite having all the skills, such as intelligence and verbal ability, which are necessary to read. Some may not be detected as dyslexic until adulthood. It is never too late to work on effective treatment.  At Young Eyes we often work with adults who have never been identified during schooling.

A child identified early can be assisted without the extra burden of the secondary effects setting in, which can include; low self-esteem, frustration, loss of motivation for learning, social and emotional issues including attention difficulties. In Australia educationalists have not always focused on early detection of dyslexia. Recently the federal government has held discussions on early detection in children which will be a move in the right direction for those families with children needing help.