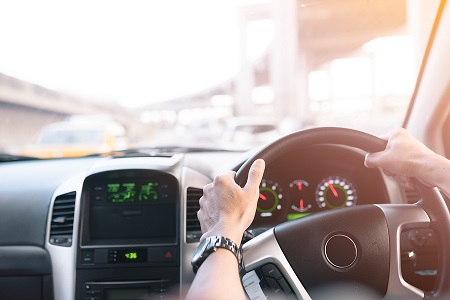 Glaucoma patients are at least five times more likely to be involved in a motor vehicle crash compared with others in the same age group, despite meeting legal driving requirements, a new study has found.

The study considered patients’ ability to conduct normal daily activities, such as reading street signs and finding objects on a crowded shelf. Each year, patients were asked if they were, as a driver, involved in a vehicle accident the previous year.

Dr John Myers “What we found was between 5% and 10% of these glaucoma patients were involved in motor vehicle accidents each year despite still having vision good enough to legally qualify for driving” This compares to a 1.1% crash rate for drivers of a similar age without Glaucoma.

It appears that when we develop Glaucoma, we lose some of our peripheral vision and create significant blind spots. This then becomes a liability for driving.

Driving is essential for independent living, and with an aging population it is a problem we are going to have to deal with unless we monitor glaucoma carefully.

In Australia, glaucoma is now one of the most common reasons for driving cessation, with a 3.6 times increased crash risk, largely connected to visual field loss.