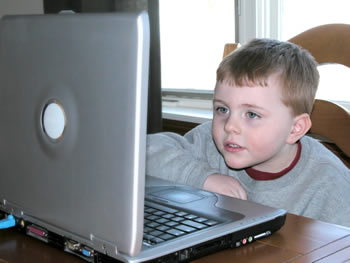 Nine out of Ten young adults in Singapore are myopic (short-sighted).  Early indications are that myopia is becoming much more common in young adults here.

Research indicates that heavy computer use among children puts them at risk for early myopia  However there are some strategies for limiting the risk of short-sightedness.

Is a lack of outdoor activities causing an increase in myopia and short sightedness in our children? We often wonder if there is a correlation between time spent on the computer or playing video games and poor vision. However, research into this area has found that being a bookworm or computer nerd does not in itself put you at risk. The most important factor to prevent the risk of being a full time spectacle wearer is getting outside into the bright sunlight.

Janine’s research on the topic has found that exposure to the sun's rays can stimulate production of a chemical called dopamine. Without dopamine, the eye ball grows too long and we become myopic resulting in the need to wear glasses for driving and sport.

The average primary school pupil in Singapore, where up to nine in ten young adults are myopic, spent only about 30 minutes outdoors every day - compared to three hours for children in Australia where the myopia prevalence among children of European origin is about 10 per cent*.

Janine believes that the amount of time children spend on computer games and watching television can be a contributing factor. It is not harmful in itself, but if it is a substitute for getting outside, then it is.

So it’s important for us to spend time outside in bright sunlight with our children to reduce the risk of short-sightedness.