Since 2007, the awareness of macular degeneration as a disease has increased by 53%. As outstanding as this result is, there are still many of us ignoring the eye health message and not getting regular eye exams.

Macular Degeneration - Can I Lower My Risk?

Each year 1 in 4 Australians are at risk of losing part or all of their vision to eye disease. Despite the fact that 75% of vision loss is preventable or treatable, 2 out of 5 Australians are still not having their eyes tested at least once every two years, according to the latest Newspoll1 commissioned by The RANZCO Eye Foundation as part of its annual 'JulEYE' campaign.

Growing Concerns over Risks of Blue Light on Macula 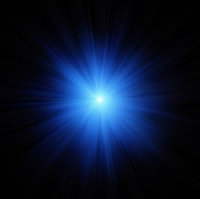 There is growing concern among leading optometrists and researchers over the harmful effect of blue light from LED screens on the macula and its risk of damaging the macula. LED lights are increasingly used in the latest high definition televisions, tablets , smartphones and computers.

Janine Hobson says “Children especially, are at particular risk of macular damage from blue light because their eyes are not as efficient at filtering out the rays”.